So, what have you missed? I'll try and keep it in chronological order. I still find the most fascinating aspect of all this is how my HEAD deals with it. My body is straightforward... It's either working or it isn't, but my HEAD is a temperamental beast, though I'm beginning to see a pattern. It would appear that I am getting better at preparing, but in more insightful moments I see it as keeping the bugger quiet. It's a case of learning how to do this. Hopefully, summarising my recent sporting efforts will give you more of an idea of what I mean...

4th May 2013: Scunthorpe Half Marathon. Pleasure rating 10/10. Pain rating 2/10. http://www.northlincshalf.co.uk/
This was awesome. No doubt about it. I knew my body could do it, having been broken severely by Sleaford Half in February. There's something about "I know I can do that because I have already" that does wonders for your headspace. I went in thinking if anything was going to let me down it was my body as I was having recurrent blister issues on all my long runs. Lo and behold, I did have to stop twice to try and sort my left little toe out, finally compeeding it and running it numb, but it did the job! My running buddy and I thrashed our Sleaford time and both felt sore but great! Job done. 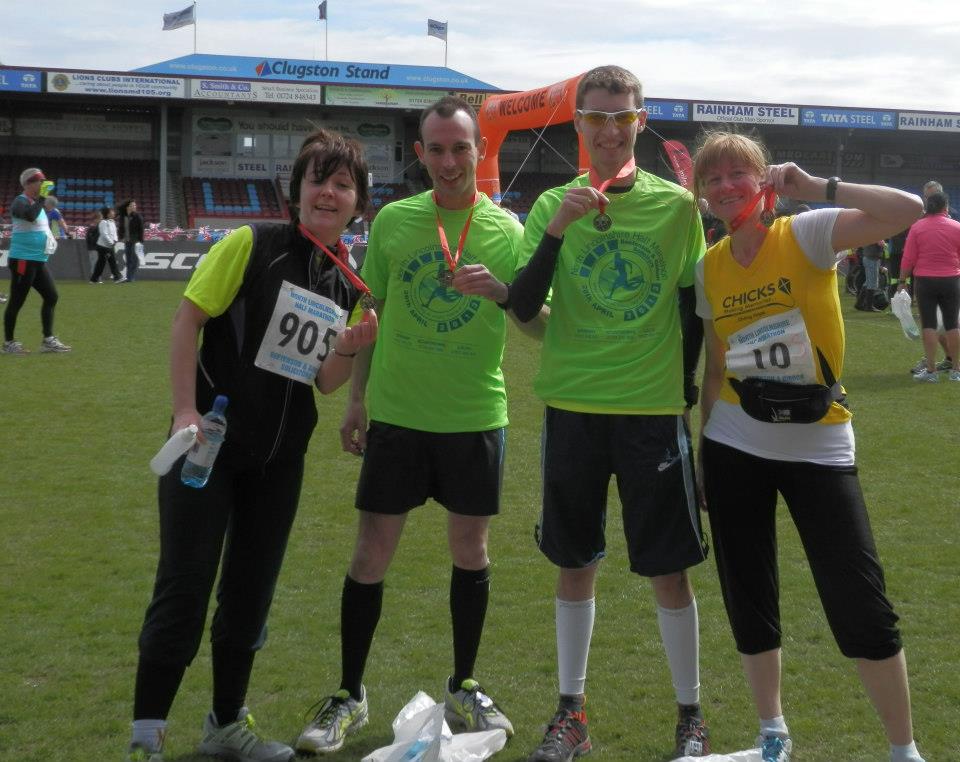 19th May 2013: Race for Life Cleethorpes 5km. Pleasure rating 10/10. Pain rating 0/10. http://raceforlife.cancerresearchuk.org/choose-your-event/cleethorpes.html
This was a trip down memory lane for my running buddy and I. We did the RFL in 2011 and wanted to see how far we had come since then. We had a right laugh all day! We set a target for 28 minutes and did it in 25.23 and found it easy! Like we could have pushed a bit further! It was a good lesson in pacing too. Head wise, no issue at all. 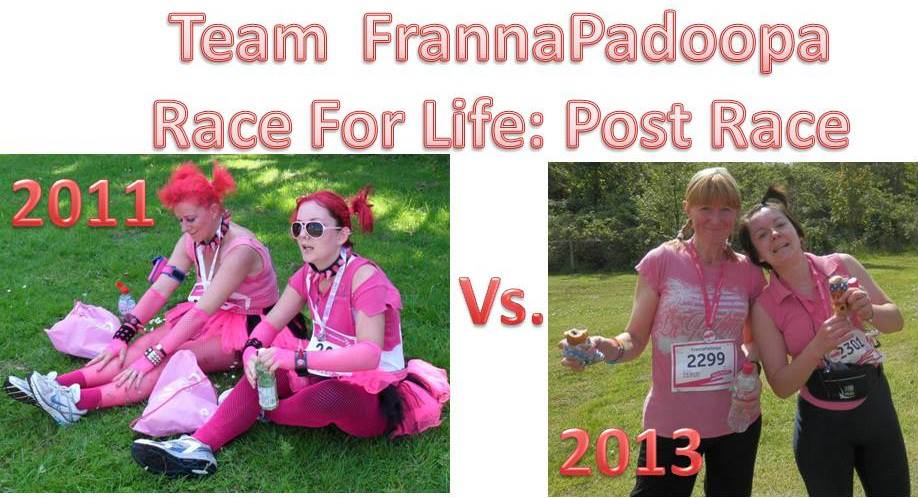 2nd June 2013: Dambuster bike route. Pleasure rating 8/10 Pain rating 2/10. http://www.pacesetterevents.com/dambuster-triathlon.php
My friend and I went for a camping trial at Rutland Water and whilst there did the Dambuster bike route.I didn't understand what an awesome idea this was until after we'd done it. The route is lovely. Couple of frapping hills at the start and end, but otherwise nice roads, straightforward route, happy days! I can already imagine that this will make it feel a little easier to deal with on the 22nd of June when I am waiting to start the swim. Taking the mystery out of it and knowing what to expect does wonders for your head: "I know I can do that". Though my achilles was twitching towards the end! Need some more long ride practice.

5th June 2013: Swimming the lake. Pleasure rating 8/10. Pain rating 0/10.
http://www.activities-away.com/              http://onehundredpercentswimming.co.uk/
After seeing it three weeks on the bounce doing the open water swim course with 100% swimming at activities away, I finally swam the 800m lake. It had been taunting me for ages. It looked SO BIG and the end was so far away people appeared tiny. There was that thing in my head saying "what if you get in trouble down there?" I had to pop my lake cherry! I was due to go down there with a friend, but he bailed last minute for completely valid reasons so I was on my own. I was nervous getting in the water, then I just got on with it. Turns out I was too distracted by how utterly crap my sighting was to worry about how far away from help I was! It was nice to get 800m under my belt before my first open water sprint at Rother Valley this weekend. And I can chalk it up as another "I know I can do that, I've done it before" experience. This is clearly the way forward for me!

The power of the brain... It seems to me that all these events have been impacted far more by where my head has been than what state my body is in. My body does what I tell it. My head decides to accept or ignore pain, or fear, or choose to stop, or carry on. I'm amazed by this. All those references to being "psychologically ready" for events that are made in books and magazines make sense now. You can blag your way through a sprint, or a 5km run, but this big stuff is literally a head mashing experience. I like learning journeys though... so I'll crack on!